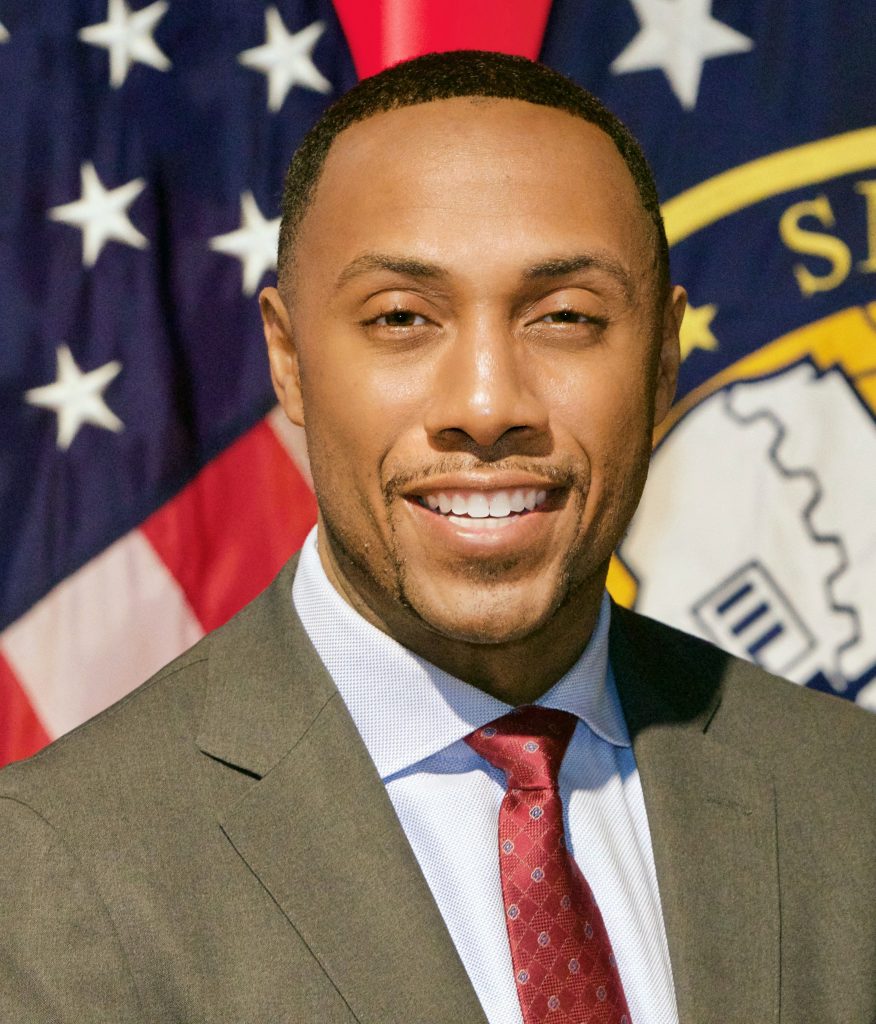 The Homecoming 2019 Parade Grand Marshall is:

Bell was appointed on February 21, 2018 by the White House to serve as Regional Administrator for the U.S. Small Business Administration for Region IV; serving nine districts located in the 8 Southeastern States of Alabama, Florida, Georgia, Kentucky, Mississippi, North Carolina, South Carolina and Tennessee.  He is a small business owner and entrepreneur himself from the young age of 22.  Prior to this appointment, Ashley served as Associate Director for External Affairs for the U.S. Peace Corps and Special Assistant in the Public Affairs Bureau of the United States Department of State.

Bell was a former Hall County Commissioner elected at the young age of 27.  A lawyer by trade, Bell is co-founder of the law firm Bell & Washington LLP, based in Atlanta, Georgia.

Growing up in a neighborhood where many of his peers saw incarceration more than college, Bell has used his wide bipartisan network to be a tireless volunteer for justice for all Americans founding the 2020 Bi-partisan Justice Center.  He is also the founder of Generation Inspiration, whose mission is to teach life skills not taught in the classroom to at-risk students in his hometown of Gainesville, Georgia. Bell has received many recognitions including: 2017 Georgia “Super Lawyer Rising Star”, one of the 2016 “Top 40 Young Lawyers” by the American Bar Association, a 2016 “Lawyer on the Rise” by Georgia’s leading legal journal, a top 25 lawyer under 40, the 2014 National IMPACT Leader of the Year, one of Georgia Trend Magazine’s Top Forty Under 40, a MAVERICK PAC Top 40 under 40, and a recipient of his local NAACP “Drum Major for Justice” award.

Bell has served as the youngest General Counsel & Special Counsel for the National Conference of Black Mayors, National Association of Black County Officials and National League of Cities – Black Caucus.  He is a proud alumnus of the Congressional Black Caucus Internship program, first serving as an intern and later as an aid for Congressman Sanford Bishop of the 2nd District of Georgia.

Bell is a graduate of Valdosta State University, obtained his law degree from Louisiana State University, and was a 21st Century Leadership Fellow at the Harvard University John F. Kennedy School of Government. He has an honorary doctorate in Intercultural & Urban Studies from Lighthouse College.

Ashley resides in Gainesville, Georgia with his wife, Lauren, and their three children.