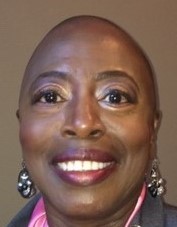 Gracy M. Barksdale serves on the FVSU Strategic Planning 2025 Committee. She has more than 20 years as a practicing attorney.  She represents both private and pro bono clients in the areas of Family Law, Domestic Violence, Wills and Estates, Contracts, Housing and Landlord Tenant.  She is also a contract attorney for Clayton County Solicitor General’s office handling misdemeanor criminal abandonment cases.  She is a graduate of the Fort Valley State University (1983), University of Missouri (1985), and John Marshall Law School (1996). She co-authored the, “Standard Operational Procedure Manual” for the Law School Legal Aid Clinic and graduated from the Federal Bureau of Investigation Citizens’ Academy where they performed community services throughout the Metropolitan Atlanta area.   Gracy has received numerous awards to include The Austin T. Walden attorney award, induction into the FVSU 2017 Hall of Fame, a recipient of one of the Pro Bono All-Stars Awards as published in the Georgia Bar Journal and the Historically Black Colleges and Universities Soror for Life award in 2019.

A highlight of Gracy’s pro bono service is the representation that she provided to an adult male who was sentenced to life in prison.  Through Gracy’s legal advocacy and intervention, this client was released to a transitional work release program after serving 34 years of incarceration.  As a result, this gentleman’s case will be considered and reviewed before the Department of Corrections Parole Board for a full parole release later in 2019.  She was appointed and served as a Mentor for State Bar of Georgia Transition into Law Practice Program.   She is a Life Member of the FVSU National Alumni Association, a Chartered Member of the South Fulton Bar Association, a member of the Georgia Association of Black Women Attorneys, Georgia Association of Women Lawyers, Elizabeth Baptist Church, and Alpha Kappa Alpha Sorority, Incorporated.

She is currently a solo private practice civil litigation attorney.  She is admitted to practice in the United States Court of Appeals for the Eleventh Circuit,  Northern District of Georgia Bankruptcy Court,  Supreme Court of Georgia, Appeals Court of Georgia and Superior Courts and all lower courts for the State of Georgia