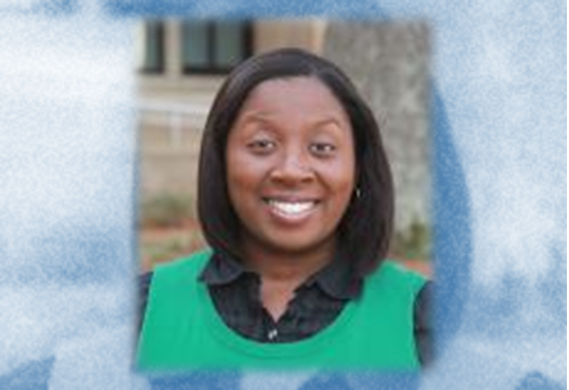 After her graduation in 2002, Gardner decided to enroll at FVSU, where she planned to major in chemistry.

“It was the best fit for me,” Gardner said. “The faculty reached out in so many ways to me. It was a great environment, and the faculty cared about the students’ wellbeing. In fact, I still talk to my former professors once a month, including Dr. Sarwan Dhir, and Dr. Dwayne Daniels.”

Dhir and Daniels encouraged Gardner to seek many research and internship opportunities In 2003, she interned with Jackson State University’s Computational Centers for Molecular Structures and Interactions.  In 2005, she interned with the  National Science Foundation at the South Alabama in Mobile, Ala. There, she conducted a quantum investigation of the stereo hydrolysis of cyclic nucleotides by phosphodiesterases in order to develop better pharmaceutical medications for patients. In 2006, she completed a summer undergraduate research internship at the University of Texas Medical Branch in Galveston, Tex.

“I believe that FVSU is an exceptional institution for training students in the sciences,” Gardner said. “They are amazing and prepare you for wherever you want to go. I really love FVSU, and it’s always dear to my heart.”

When Gardner finally earned her bachelor of science degree in chemistry from FVSU in 2006, she was intimidated about what she would do next.

“It was a scary moment, because I was not sure what I wanted to do next,” she said. “Did I want to go to graduate school? I was going out into the new world, and I was thinking about what I would do next.”

From 2008 to 2009, Gardner worked as a teaching assistant at Jackson State University. Eventually, Gardner applied for graduate school at Jackson State, and was accepted into their doctorate program for Computational Chemistry.

Gardner said she’s thankful for the mentoring she received at the university and to her parents.

“I’m grateful for my mother, Joyce Matthews and father, Marvin Matthews, for everything they’ve done for me,” she said. “I also want to thank Dr. Dhir and Dr. Daniels for the opportunities they’ve sent my way.”

Gardner said it’s strange to be a peer of her former professors that taught her in college.

“It is weird and strange,” Gardner said. “I still refer to them by their same names, since I don’t consider myself on the same level as they are. We are still in communications, and if Dr. Daniels sees an opportunity, he will help me.”

She had this advice for current FVSU students.

“The professors see the greater good in you, so it’s important to keep moving forward,” she said. “There will be days that you feel that you’re not enough, but push through because there are people who see the potential in you. Don’t stop.”