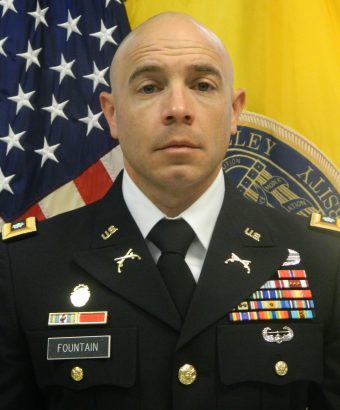 I consider Georgia my home; as I am a graduate of Houston County High School and Georgia Southern University.  Nineteen years ago, I decided to put my leadership skills to the ultimate test by joining the Eagle Battalion ROTC.  ROTC gave me the opportunity to test my physical and mental strength while still being part of a team.  It taught me the basic leadership traits and the Army Values that would mold me into an Army Officer.  In July of 2002, I received my commission as a Second Lieutenant in the Military Police Corps.  Over the past 17 years, I have had the privilege of being a Platoon Leader, Company Commander, Battalion S-3, Battalion XO, and a Rear Detachment Battalion Commander.  I have also been fortunate to lead a Platoon in Iraq, advise and train Iraqi National Police, and support a Division while pushing ISIS out of Iraq. I have seen the way the Army trains its Soldiers and what those Soldiers expect out of its officers and could not be more excited than to give back to the program that has allowed me to lead Soldiers all across our nation and the world.  The Wildcat Battalion is here to train and prepare the next generation of Army Officers and leaders.