When Lonnie Bartley, ’83, first retired from coaching in 2013, he was already a history maker and a national legend. On January 14, 2013, his 632nd career victory as coach of the Lady Wildcats basketball team marked the most wins of any women’s basketball coach at an HBCU in history, and placed him at an elite level among all women’s basketball coaches in the nation. After taking the reins as coach in 1984, Bartley led his teams to 27 consecutive winning seasons during his first 29 years as coach, qualifying for the SIAC Tournament each year and winning 11 titles. His 2005-06 team broke SIAC records for the most wins in a single season (28) consecutive wins (23) and the most SIAC wins (20) in a single year. Bartley was named “College Coach of the Year” by the Women’s Basketball Coaches Association (WBCA), the “Georgia Division II Coach of the Year” by the Atlanta Tip-Off Club, “College Coach of the Year,” by BCSIDA, and SIAC Coach of the Year ten times. He was inducted into the National Black College Hall of Fame in 2011.

After coming out of retirement to again coach the Wildcats on an interim basis from 2015 to 2017, Bartley’s win total increased to 652 games.

Bartley’s career with FVSU Athletics began while he was a student at FVSU, first working as a score keeper during Lady Wildcats games. He was promoted to student assistant by then-coach Jessie Brown and then to assistant coach after his graduation in 1983.

Bartley’s record placed him at #39 on the overall list of NCAA women’s basketball coaches with the most wins and #8 in Division II at the end of the 2016-2017 season. 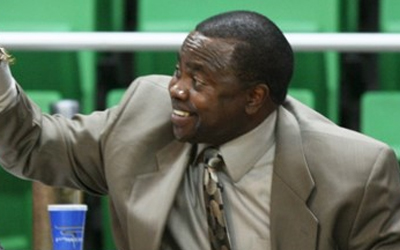