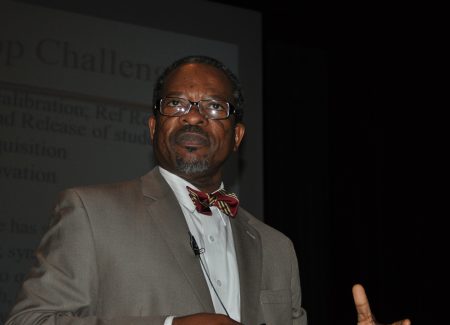 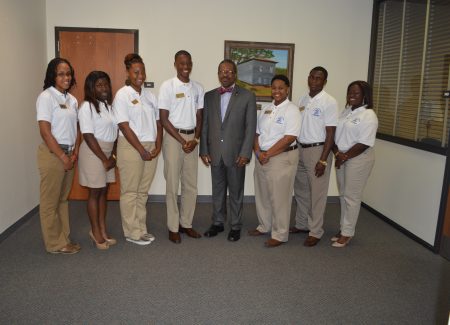 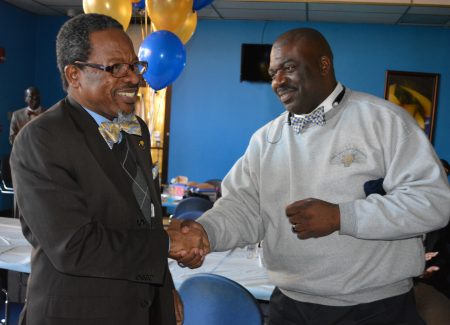 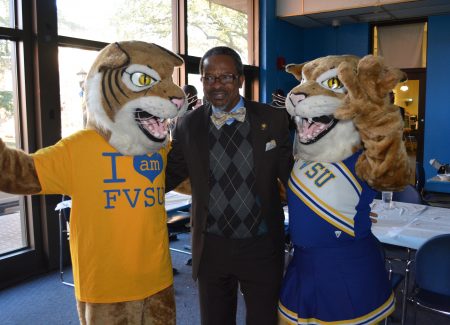 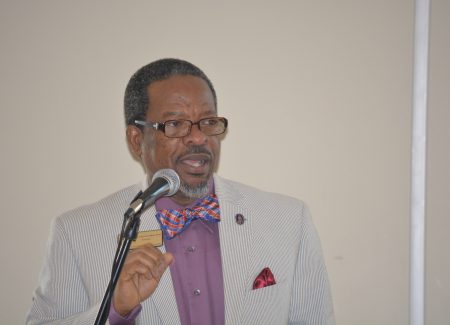 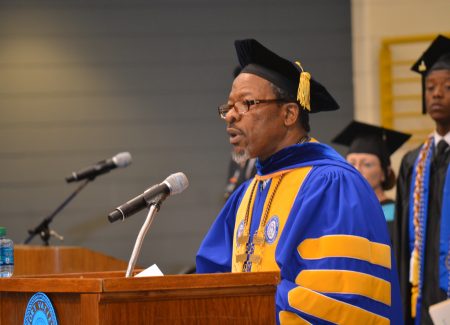 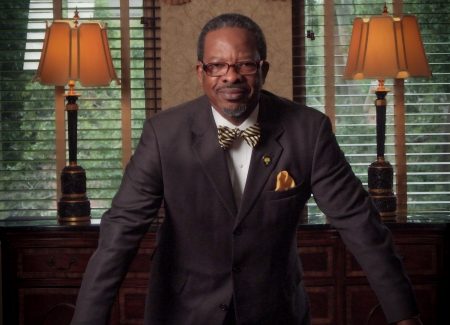 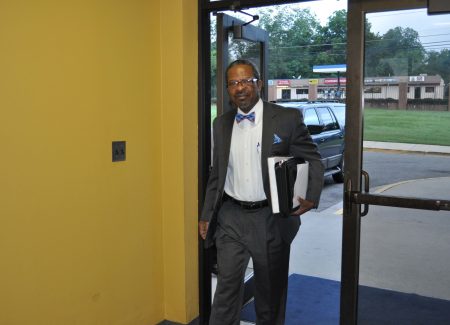 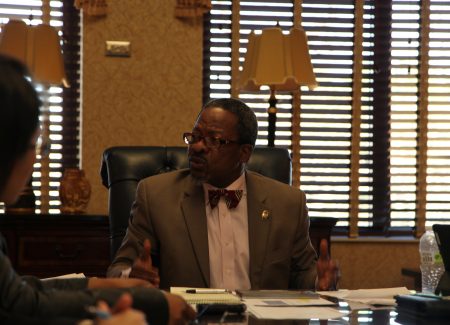 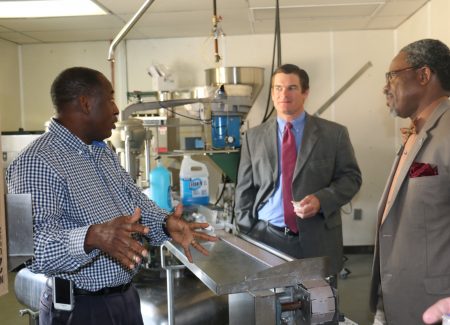 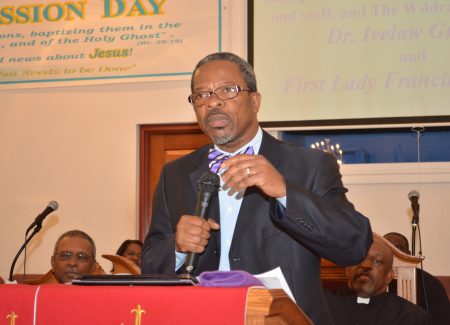 Highlights of the Griffith era:

“My mantra as the ninth president of The Fort Valley State University is about dreams and dreaming.” – Dr. Ivelaw Griffith

The Board of Regents of the University System of Georgia voted unanimously on June 21, 2013 to name Dr. Ivelaw Lloyd Griffith the ninth president of Fort Valley State University. President Griffith took office on July 22, 2013 and served until May 2015. Griffith was appointed the Tenth Principal and Vice Chancellor of The University of Guyana in June 2016.

At Fort Valley State University, Griffith focused on enhancing the academic infrastructure of the university, including the establishment of the undergraduate research and honors programs. He also led an increase in admissions standards, the development of a new recruiting process, and signed articulation agreements with institutions including Central Georgia Technical College, Albany Technical College, and Georgia Military College, aimed at encouraging students to complete their bachelor’s degree at FVSU upon completion of their two-year associate’s degree programs.

In an opinion editorial for the Huffington Post, Griffith talked about his vision for FVSU.

“My mantra as the ninth president of The Fort Valley State University is about dreams and dreaming,” he wrote. We’re in the “Dreams Business” in middle Georgia, as one of three public HBCUs in Georgia, and one of the state’s only two land-grant universities, the other being the University of Georgia. We inspire dreaming among more than 3,000 wonderful students from Georgia and beyond, some of whose parents and grandparents dared not dream about college, much less access it.”

“We challenge our students to dream big, to dream of pursuing excellence in all they do — in their classes, labs and clinical placements, the athletics teams they participate in, the fraternities and sororities they pledge to; in all their college experiences,” he continued. “We challenge them to dream big dreams—of graduating on time, of embracing integrity, self-respect, and respect for others, and of building successful careers and strong families, whether they proceed to graduate or professional schools or directly into the workforce.”

A political scientist, Dr. Griffith served earlier as professor of political science  and provost  and  senior vice president  at York College of the City University of New York (CUNY). His notable achievements there Include growing the full-time faculty by 30 percent over four years, re-organizing the academic division into three Schools,  and  enhancing  the research  and  scholarly  climate by creating  a Provost Lecture Series and a companion Distinguished Scholars Lecture Series, recognizing and rewarding research and scholarship, and establishing an Undergraduate Student Research Program.

Before becoming York’s provost in 2007, Dr. Griffith was professor of political science and budget dean of the College of Arts and Sciences at Florida International University (FIU), dean of the Honors College at FIU, and provost at Radford University in Virginia. President Griffith holds a Bachelor of Social Sciences, with distinction in political science, from the University of Guyana, a Master of Arts In Political Science and Public Administration from Long Island University, New York, and both a Master of Philosophy and a doctorate In political science from The Oty University of New York Graduate School. He also graduated from Harvard Graduate School of Education’s program In educational leadership.

Deeply committed to the Intellectual enterprise, Dr. Griffith is a specialist on Caribbean security, drugs, and crime. He has published seven books and more than 50 articles in various scholarly journals. The research for the highly acclaimed Drugs and Security in the Caribbean: Sovereignty Under Siege, published by Penn State Press, was funded by the MacArthur Foundation. His eighth book, Challenged Sovereignty, will be published by the University of Illinois Press . President Griffith also serves on the editorial board of the journal Defense and Security Studies Review.

President Griffith has been a consultant to Canada’s Ministry  of  Foreign  Affairs  and International Trade, USAID,  and other agencies, and he has testified before the United States Congress on Caribbean security  issues .  A past president  of the Caribbean  Studies Association, he has been a Visiting Scholar at the William Perry Center for Hemispheric  Defense  Studies In  Washington,  D.C.,  the Royal Military College of Canada, and the George Marshall European Center for Security  Studies In Germany . Recently, he  was one of 45 experts from across the Americas Invited by the Secretary General of the Organization  of  American  States to  review  the hemisphere’s narcotics policies and practices and propose anti -narcotics scenarios through 2025.

Also passionate about service, President Griffith served on the National Steering Committee of AASCU’s Red Balloon Project and briefly as convener of its Provosts of Color Caucus. As well, he served on the vestry (Board of Directors) of his church, St. George’s Episcopal Church In Hempstead, Long Island, and as chair of their Ambassador Program and Education Committee. A member of the 100 Black Men of Long Island at the time he left New York, he also was a trustee of the Jamaica Center for Arts and Learning In Queens, N.Y. President Griffith looks forward to deep engagement with the Fort Valley, Warner Robins, Macon, Atlanta and other Georgia communities. He and his wife, Francille, a registered nurse, have two adult children.