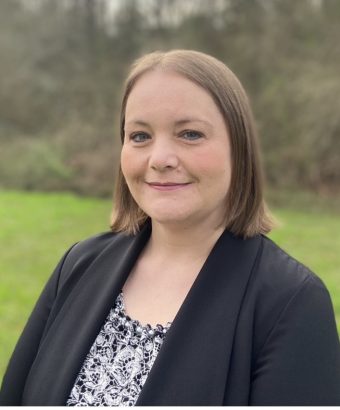 Gena Wilson is the  Chief Human Resources Officer (CHRO) for FVSU. She began her appointment with the university in January 2022.

Wilson is responsible for directing  all aspects of FVSU human resources including advising senior leaders and the broader campus community on policies, procedures, and relevant laws.

Gena S. Wilson has  extensive years of  experience in the field of Human Resources in both the public and private sector.  Prior to joining FVSU, she served as the Director of Human Resources at Georgia Southwestern State University (GSW).

Wilson led human resources operations for GSW for eight years. There she was responsible for directing and managing the various HR functions for the entire university which included advising senior leaders and the broader campus community on policies, procedures, and relevant laws.

She was also named GSW’s Affirmative Action Officer, Title IX Coordinator, and Open Records Coordinator. Moreover, she represented GSW as the 2018-2019 scholar for the University System of Georgia’s Leadership Institute.

Prior to her position with GSW, she served as an Associate Relations Specialist for Delhaize America/ J.H. Harvey, Co. LLC. for more than 7 years. During her time there, she was responsible for overseeing the HR needs of store associates in over 35 retail locations in Georgia and South Carolina. In addition, she helped execute the company strategy and mission, as well as advise senior corporate and store leadership on a variety of issues including policies, employee relations, and performance management.