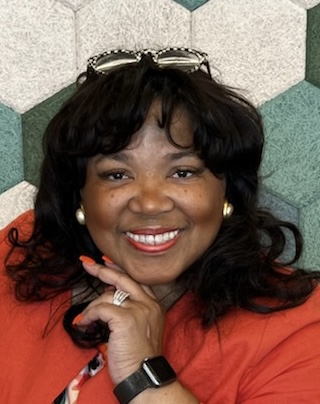 Karen Wright is an award winning, energetic and transformative leader committed to advancing the communities in which she lives. She has a demonstrated track record of leading high-performing teams, maintaining fiscal stability and building strategic relationships.

Appointed to Vice President of Institutional Advancement at St Thomas Aquinas College in 2017, she provided counsel and operational expertise to faculty, colleagues and the board of trustees on all aspects of the institutional advancement paradigm. Her over site included the foundation, community and governmental affairs, annual giving, alumni affairs, major gifts, capital campaign and planned giving. She also managed The Annual Tribute Dinner, Benefit Golf Tournament, Alumni Hall of Fame Awards, as well as coordination of the Alumni Association Board of Directors and the President’s Council. In addition to building a new team and establishing SMART goals, her office successfully migrated the Blackbaud database to NXT which positioned the college to launch the $29 million dollar Best YOU Ever comprehensive campaign in support of student scholarships, academic innovation, athletics and student housing. This effort added to the $47 million dollar endowment and engaged over 12,000 alumni.

As Director of Development at New York University’s Silver School of Social Work from 2011-2017, she led a team to meet annual and multi-year goals in support of the NYU Momentum $1 billion dollar scholarship campaign. Her collaborative management style built a foundation for success and encouraged talented individuals to thrive in the fundraising industry then and now. Her fundraising strategy helped to grow funding profile from $1.4 million to more than $17.7 million in sponsored research and in one year raised $2.6 million from 685 donors to support student scholarships..

As an entrepreneur, Wright has founded two companies specializing in luxury gifting. She actively volunteers in areas that support the empowerment of women, families and children and has leveraged her understanding of best practices in client cultivation, networking and fundraising for over 30 years.

Karen is a member of the Association of Fundraising Professionals (AFP), Women in Development (WID), Delta Sigma Theta Sorority and Vice President of Membership in the Fairfield County Chapter (CT) of the Links, Incorporated. She is a Woman of Empowerment Award winner and has served on the National Underground Railroad Freedom Center Advisory Board, Girl Scouts of Connecticut Board, Women’s Council for the Danbury Chamber of Commerce, Rockland County Community Board and more.

Karen is a graduate of Fisk University with a degree in Psychology and studied for her Masters in Social Work at NYU. She has completed the American Express Leadership Academy Fellows and the Goldman Sachs One Million Black Women incubator program. She has extensive training in Leadership, Management, Executive Sales and Entrepreneurship.

Her faith and Stephen Covey’s 7 Habits of Highly Successful People guide her because they are principles of continuous improvement. Karen enjoys time with her friends and family, travel, shopping and golf.

She is married to businessman, Eric Wright and they have one son, Justin.