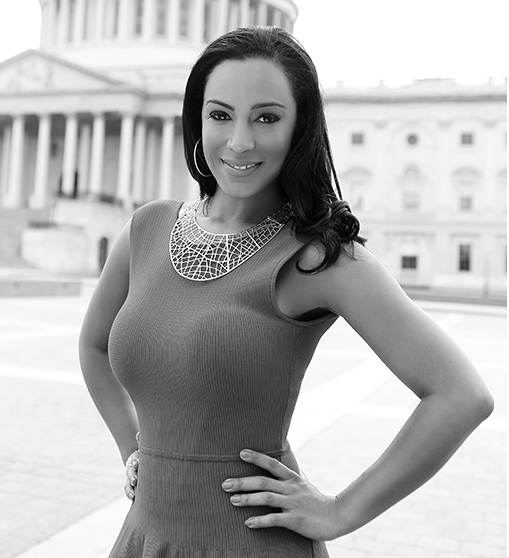 Fort Valley State University’s legendary John W. Davidson Lecture Series continues with a discussion led by Angela Rye, political strategist, commentator, and activist. Rye is Principal and CEO of IMPACT Strategies, a political advocacy firm in the nation’s capital. Rye will discuss “Activism in Action” at 7 p.m. on Tuesday, March 27, 2018 in FVSU’s C.W. Pettigrew Center. The event is free and open to the public.

In addition to her leadership at IMPACT Strategies, Rye is a CNN political commentator and NPR political analyst. Featured as an influential politico, lawyer, and advocate by several publications and outlets from Marie Claire to Ebony and the Washington Post, Rye has an unwavering commitment to ensuring positive change in the political process.  She is a prominent strategist who has offered on-air commentary for media outlets including BET, CNN, NBC, HBO, ABC, MSNBC and TV One. The depth of her dialogue ranges from political campaigns to more complex legislation and administration policies that have long-term implications nationally and internationally.  She currently serves on the boards of the Congressional Black Caucus Institute, Congressional Black Caucus Political Action Committee (CBCPAC), the Seattle University School of Law Alumni, Women in Entertainment Empowerment Network, Inclusive, and Wilberforce University. She is a member of The Links, Incorporated, National Bar Association, American Bar Association, and the Washington Government Relations Group.

Rye served as the executive director and general counsel for the Congressional Black Caucus during the 112th Congress. In her role as executive director, Rye developed the overall legislative and political strategy for the Caucus. Prior to working for the CBC, she served as senior adviser and counsel to the House Committee on Homeland Security under the leadership of Congressman Bennie G. Thompson.   Upon moving to the nation’s capital, Rye co-founded IMPACT, an nonprofit organization that seeks to encourage young professionals in three core areas: economic empowerment, civic engagement, and political involvement. Born and raised in Seattle, Washington, Rye learned the importance of advocacy through her family’s political and community activism.  She is a proud graduate of the University of Washington and Seattle University School of Law.