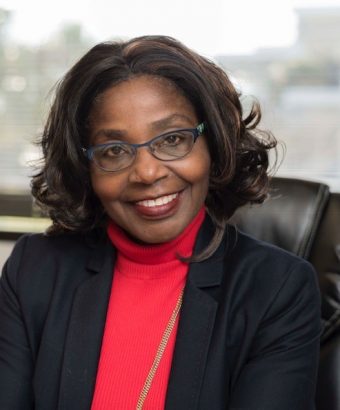 Dr. Olufunke (Funke) Fontenot serves as the interim provost and vice president of academic affairs at Fort Valley State University. In this role, she provides direction for the Office of Academic Affairs, the hub of curricular and co-curricular student programming at the university. The Academic Affairs division encompasses the Colleges of Arts and Sciences, the College of Education and the College of Agriculture, Family Sciences and Technology. The division also houses Financial Aid, Student Success & Enrollment Management, Retention Services, the Hunt Memorial Library, Office of Institutional Research, Planning and Effectiveness (OIRPE), Quality Enhancement Plan, Upward Bound, TRIO Educational Talent Search, Title III and Sponsored Programs, among other departments.

She previously served as the interim chief of staff for the university where she provided advice and counsel to the president, served as a liaison between the president and other officials and critical constituencies, and managed the Office of the President. Dr. Fontenot also ensured that projects and presidential strategic initiatives moved forward.

Dr. Fontenot has served on the boards of several nonprofit and educational organizations, including the Savannah Chapter of American Red Cross.