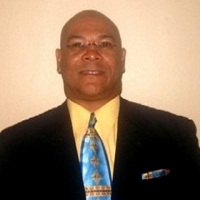 Current Position:
Chair of Chemistry and the Director of the Peach State LSAMP Program

Fort Valley State University
Fort Valley, Ga.
August 1999- present
As a professor, I am responsible for teaching organic I and II lecture and lab as well as biochemistry, environmental hazard management and physical science. Research involves the synthesis of peptide DNA hybrids and natural products. As the Right-To-Know Coordinator and Environmental Health and Safety Officer from 1999-2003, I was responsible for the training faculty and informing employees about hazards in the work place. I have been the department chair since 2009 and is responsible for overseeing the daily operation, course scheduling, planning, management of faculty, staff and students, student advising, student recruitment, program assessment and data collection. I have been the LSAMP STEM Director since 2005. I am responsible for the vision of the program, student research, developing workshops, taking students to conferences and developing collaborations with other programs that would benefit both institutions.

Tufts University
Medford, MA
March 1998-July 1999
As a research associate, synthesized peptide DNA hybrids and cholic acid DNA hybrids in the search for new therapeutic agents that bind to DNA or RNA targets. This work involved the use of combinatorial synthesis and invitro selection to identify hybrids with increased affinity for target strands. Critical positions in the hybrids were randomized to produce small libraries. The survival of the individual members of the libraries were monitored by quantitative laser desorption mass spectrometry. Purification and identification techniques used were reverse phase HPLC, 1D and 2D NMR, UV, and Maldi-tof Mass Spectrometry.

Clark Atlanta University
Atlanta, Ga.
August 1992-May 1997
Working under the direction of the late Dr. H.C. McBay investigated the photobromination of epoxides in order to gather more information on the rearrangement of epoxidyl free radicals and to develop feasible methods of generating the epoxidyl free radical. Was responsible for syntheses, purification, and identification of products. Assisted in supervising undergraduate researchers.

Spelman College
Atlanta, Ga.
August 1992-July 1995
As chemistry instructor, directed approximately twenty students on laboratory safety, procedures and techniques. Demonstrated how to use and interpret data from various instruments, such as FTIR, GC, and proton NMR. Responsible for teaching students how to organize laboratory notebooks and collect data. Taught students how to purify and characterize unknown compounds by wet chemistry and analytical methods.

North Carolina Central University
Durham, NC
May 1988-July 1991
Studied the reaction between diakylmalonyl chlorides and benzohydroxamic acids in the presence of pyridine, which led to the isolation of 3,5-lsoxazolidinediones. The stability of the compounds was investigated by refluxing in methanol for twelve hours and analyzing the residue by HPLC. Assisted in teaching and preparing for general and organic chemistry labs.

Enhancing the Chemistry Curriculum and Research Capabilities Via Laboratory Instrumentation
Principal Investigator
$155,275 from the Department of Defense, 2003