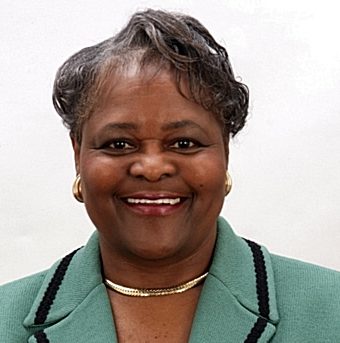 Read: Dr. Josephine Davis, Professor Emerita, Has Been a Transformative Leader Around the World and Back Again

A Woman of Achievement, The Career Women’s Network of Macon, GA

November, chosen by the Korean Ambassador to represent the State of New York as a member of a three-persons “Citizens Delegation” to Korea.

“Citation of Honor in Recognition of Dynamic Leadership and Vision as President of York College,” Presented by the Honorable Claire Shulman, President, Borough of Queens, New York, November

“Certificate of Honor for Leadership and Outstanding Contributions to Faculty Development at York College,” Presented by the Portfolio Development Committee and the Cultural Diversity Studies Committee

“Vision and Leadership of York College on the Revitalization of the Jamaica Center,” The Greater Jamaica Development Corporation

Named by a Blue Ribbon Panel of the Albany Georgia Chamber of Commerce as “1988 Woman of the Year,” January, 1988, Albany, Georgia

“Most Outstanding Teacher of the Year,” Albany State College

“Outstanding Educator of Southwest Georgia, Region IX,” Presented by the Georgia Council Teachers of Mathematics (GCTM); GCTM Nominee for the Gladys Thompson Award for Outstanding Service in Mathematics Education in the State of Georgia

State Educational Engagement: 2002 – 2003 Appointed by the State Superintendent of Education to membership on the State of Georgia Content Standards Revisions Committee

The Mathematics Educator, #525: The Art of Problem Solving and Critical Thinking, September, 2011