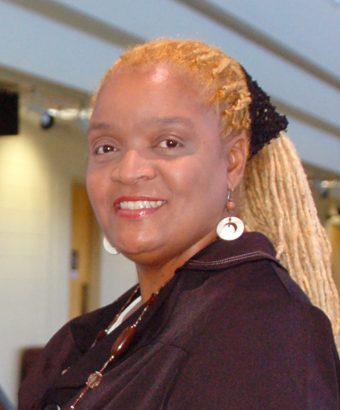 Dr. Meigan Marie Fields has more than 15 years of progressive experience in higher education. She is currently an associate professor of political science and the founding director of the Honors Program at Fort Valley State University. Dr. Fields also founded the FVSU Women’s Learning Community and was a Principal Investigator and Director for the African American Male Initiative at FVSU. Dr. Fields has a solid record of proven effective engagement in grantsmanship with nearly 10 grants totaling more than two million dollars.

A native of Pennsylvania, Dr. Fields has a myriad of experiences ranging from her work with the Georgia Department of Education in the Governor’s Internship Program under Governor Joe Frank Harris. She was also a Public Management Intern with the New York State Department of Civil Service under Governor Mario Cuomo. Dr. Fields progressed through the competitive process in the New York State Management program to become a Senior Personnel Administrator. Utilizing her management experience, Dr. Fields served as the Director of Student Life at The Chicago International Charter School in Illinois where she also worked as the Assistant Director of the school. These experiences coupled with her dedication to helping to enrich the lives of young adults led Dr. Fields to move into higher education. She began her professorial career in academia at Tuskegee University as an Assistant Professor of Political Science. Additionally, her experience and grantsmanship enabled her to receive a Fellowship Award with the National Center for Bio-Ethics.

Dr. Fields received the John W. Davison Outstanding Faculty Award in May 2011 and the President’s Trailblazer Award in May 2012 at Fort Valley State University. She was awarded the Citizen of the Year in 2013, a recognition from the Alpha Phi Alpha Fraternity, Incorporated in Fort Valley. Dr. Fields’ professional and social affiliations have included memberships in the American Society for Public Administration, Conference of Minority Public Administrators, Alpha Kappa Alpha Sorority, Incorporated, and Pi Gamma Mu International Honor Society in the Social Sciences (Life Member).

SERVICE AND OTHER MEMBERSHIPS OR COMMUNITY ORGANIZATIONS

Fields, M. In preparation. Racial Profiling and Homeland Security: Its Impact on African Americans After 9/11.

Tackie, N.O., M. Fields, and A. Siaway. 2002. “Education of Women as a Contributor to Economic Growth in Africa.” Presented at the Conference on Globalization, Economic Liberalization, and the Role of Women in Economic Growth and
Development in Africa: The Challenge for the 21st Century, Wake Forest University, Winston – Salem, NC.