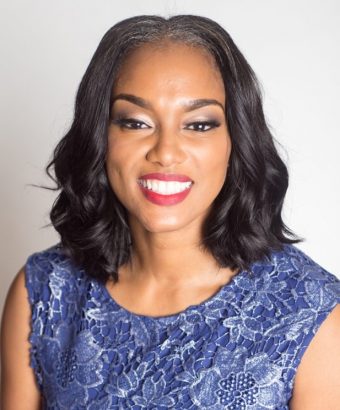 Ala’Torya V. Cranford is the First Year Experience Coordinator & Academic Advisor in Fort Valley State University’s University College. She attended Paine College and received a Bachelor of Science Degree in biology, a Master of Science Degree with emphasis in college teaching and learning from Walden University in Minnesota; and has plans to obtain a doctoral degree in higher education.

With over seven years of experience in higher education in a variety of areas; she has served as an Admissions Recruiter, Director of Alumni Relations, Director of Student Activities, and Assistant Softball Coach; with each developing her professionally and personally to better serve today’s student. She currently serves as the First-Year Experience Coordinator and Academic Advisor at Fort Valley State University. Ala’Torya is also the President and CEO of TranspireOne, Inc., a non – profit organization with the dedicated purpose of mentoring and assisting individuals with self-discovery and providing personal, professional, mentoring and leadership growth.

Ms. Cranford was nominated for a SHERO Award for education by Cher Best Sisters Only Club in 2013 and again in 2015. She is the youngest person to receive the club’s W. Quincy Murphy Vision Award, which is the organization’s second highest honor. She was also an Augusta Chamber of Commerce Young Professional to Watch Top 10 semifinalist by the Augusta Chamber of Commerce.

Ms. Cranford received the honor of being listed as Historically Black Colleges and Universities (HBCU) Top 30 Under 30 by HBCU Buzz for her impact and achievements in life thus far. She has also been acknowledged as an Outstanding Young Alumnus by United Negro College Fund (UNCF) National Alumni Council (NAC) for her commitment and support of her alma mater, Paine College, where she continues to serve and was recently acknowledged her for her impact in a previous role as the director of alumni relations. She is an Augusta New Leaders Council (NLC) Fellow and a Higher Education Leadership Foundation (HELF) Fellow.