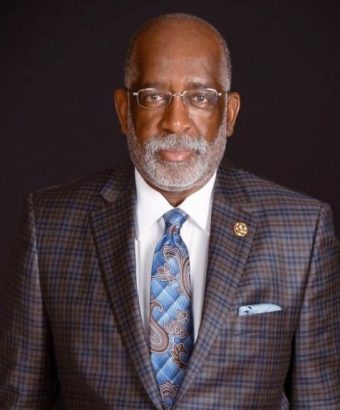 Edward L. Boston is director of alumni affairs at Fort Valley State University. His career spans over 40 years at every level of the organizational chart as an individual contributor to the Vice Presidential level. Edward’s breadth and depth of operational, managerial and strategic knowledge, skills and abilities comes from contributing to the success of Georgia School Boards of Education in Glynn and Coweta Counties, Department of Labor, United States Steel Corporation, NCR Corporation before joining and eventually retiring in 1999 from Mars Incorporated after 20 plus productive, progressive and rewarding years. Following retirement, he joined Fort Valley State University Staff in 2007 as director of The Pettigrew Center and was appointed senior director of the Office of Career and Alumni Services in 2014.

Edward earned a Bachelor of Arts degree in History and Political Science in 1970 and a Master of Science degree in Guidance and Counseling in 1972 at Fort Valley State University, Fort Valley, Georgia. He gives fully of himself in support of his quest for bettering society and the exploration of the human spirit through a number of civic and social organizations. He is well decorated with numerous international, national, professional and service awards and honors. He is a global traveler, having enjoyed living in all regions of the United States.

Edward and his wife Daphne Tabor (FVSU Class of 1972) have two sons and two grandsons.