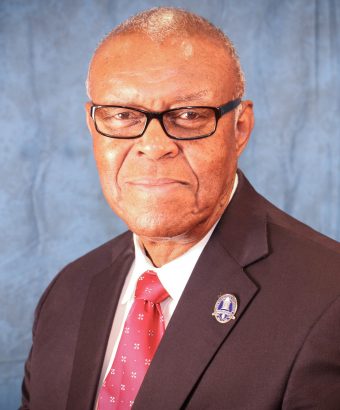 Dr. Isaac J. Crumbly, associate vice president for Careers and Collaborative Programs, is the founder and director of the Fort Valley State University’s Cooperative Developmental Energy Program. He has served Fort Valley State University as a faculty, director, dean of Arts and Sciences, and associate vice president and vice president for Careers and Collaborative Programs. Dr. Crumbly has achieved success as a developer of innovative programs, a researcher, teacher, and mentor.

Dr. Crumbly is a skilled grantsman and has provided over a $30 million impact for Fort Valley State University and its students through funded proposals, grants, corporate partnerships, IPAs, cooperative agreements, memoranda of understandings, internships, and co-op assignments. He has been successful at working collaboratively with diverse groups which include over 65 different companies, foundations, national laboratories, governmental agencies, and universities.

In 1983, Dr. Crumbly developed and founded Fort Valley State University’s Cooperative Developmental Energy Program (CDEP). Via CDEP, Fort Valley State University students have participated in over 850 internships with the public and private sectors of the energy industry, gained over 320,000 hours of hands-on-work experience, and earned over $4.5 million to help finance their education. Since 1992, CDEP has awarded over $11 million in STEM scholarships to academically talented minority and female students.

In 1993, he implemented a 9th through 12th grade pre-college STEM pipeline program called the Mathematics, Science, and Engineering Academy (M-SEA). Upon completion of the 4-year M-SEA program, M-SEA scholars have an opportunity to follow one of CDEP’s collegiate dual degree programs. Many of these scholars have graduated with STEM degrees and are now employed as engineers and scientists in STEM-related fields.

Dr. Crumbly has also had a successful career as a researcher. In addition to his research at Fort Valley State University, Dr. Crumbly has successfully completed research appointments with the Tennessee Valley Authority, Oak Ridge National Laboratory, and Lawrence Livermore National Laboratory. Additionally, he has conducted research for the U. S. Department of Energy, the U. S. Environmental Protection Agency, and the Southern Education Foundation.

He was recognized nationally for his creativity in introducing innovative programs and has received numerous awards which include recognition by two presidents: A letter of commendation from President Ronald Reagan in 1988 for exemplary achievements as an educator, researcher, and role model. In January 2011, he received President Barack Obama’s Presidential Award for Excellence in Science, Mathematics, and Engineering Mentoring.

Other notable honors include an Honorary Doctor of Science presented by the University of Arkansas in 2010; selection to President Barack Obama’s PCAST Working Group on Science, Technology, Engineering, and Mathematics (STEM) Committee for Higher Education in 2011; recipient of the Geological Society of America’s 2014 Bromery Award. He also became a Geological Society of America Fellow in 2015; and a recipient of the Society of Exploration Geophysicists Special Commendation Award in 2021.

Crumbly has been married to his wife Dorothy for over 50 years; they have two sons, two daughters, and six grandchildren.