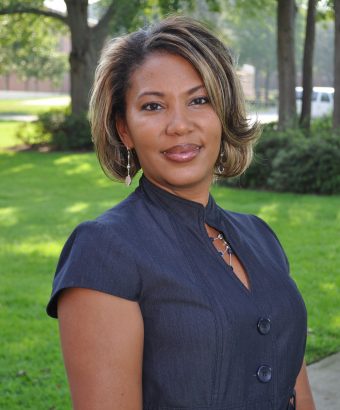 LuWanna L. Williams is the director of Civic Engagement, Leadership, and Professional Development at Fort Valley State University. In this capacity, she is leading campus-wide initiatives to prepare students for roles as change agents in the world by administering community service engagements, building career growth programming, and connecting students to professional networks.

Williams previously served as the associate director of athletics, compliance director, and deputy Title IX officer at Fort Valley State University. Williams oversees all aspects of student-athlete recruiting and certification by the university, ensuring all rules and regulations set forth by the institution, the Southern Intercollegiate Athletic Conference (SIAC) and the National Collegiate Athletic Association (NCAA) are followed. Williams is the compliance chair for the SIAC and is the first line of communication for new compliance directors in the conference. Williams offers job shadowing opportunities and monthly call opportunities to discuss NCAA rules, eligibility and certification. Under her tenure as chair, the first SIAC compliance manual was being generated to ensure that all conference institutions have a guide towards eligibility, certification and compliance operations.

Additionally, at Fort Valley State University, Williams serves on a variety of university committees: Judicial/ Student Conduct, Academic Appeals, Registration, Title IX and the Scholarship Committee. Williams successfully spearheaded the completion of the NCAA Compliance audit and Blueprint Review visit in 2010 and the NCAA Institutional Self Study in 2012. Williams was selected to attend the 2010 NCAA Effective Facilitator Workshop.

Williams has embodied the Nelson Mandela quote that “Education is the most powerful weapon which you can use to change the world.” Prior to joining the Fort Valley State University family, Williams was the executive director of a Small School initiative with Communities in Schools of Georgia, Inc. where she was responsible for the oversight of over 29 small schools spanning across six different states. As executive director, Williams managed and renewed a $6.1 million grant with the Bill and Malinda Gates Foundation and was one of the keynote speakers at the Foundation’s Small School Initiatives Conference.

Williams hails from Mercer University, where she received her bachelor’s degree in middle grades education and Master of Science degree in Education from Troy State University. Williams was also a member of the 2001 class of Leadership Macon.

While her career in education has been fulfilling, it is Williams’ service affiliations that she has found most rewarding. Williams is a member of the Alpha Kappa Alpha Sorority, Incorporated and a life member of the National Association of Colored Women’s Clubs and Youth Affiliates, where she was named Woman of the Year on three separate occasions.