FVSU alumnus Thomas W. Dortch, Jr., 1972, is living history. Now in his second tenure as chairman of 100 Black Men of America, Inc. he leads an organization that touches over 100,000 lives each year through its 10,000 members spread across 97 domestic and international chapters. It is one of the most effective mentoring networks in the country, mobilizing African-American male mentors to transform the lives of underrepresented and disenfranchised youth. The organization provide services in education, health and wellness, economic empowerment, and leadership to positively impact not just the young people they work with, but the communities they live in as well. In addition, it engages in advocacy to decrease barriers in accessing high performing public schools, raises awareness of health disparities and healthy lifestyles, and provides programs in financial literacy, career development, financial planning, investment management, and fiscal responsibility.

Dortch is also the founder of the National Black College Alumni Hall of Fame Foundation, Inc.. The non-profit works to sustain and grow historically black colleges and universities (HBCU’s) through alumni recognition, scholarships, training and technical assistance, and programs to promote humanitarian involvement. The organization has awarded more than $1,160,000 in scholarships and grants to students at HBCUs. Among other programs, the foundation operates the Legacy Lecture Series, designed to equip and empower students to overcome the economic, social cultural and political challenges of today, and to re-shape the fabric of America as they step into tomorrow. The series is presented on various HBCU campuses throughout the academic year. In partnership with the Andrew J. Young Foundation, it also operates the Andrew Young Emerging Leaders Institute (AYEL). The AYEL is designed to assist students at HBCUs, as well as high school students, in developing and/or honing their leadership skills with emphasis on understanding some of the entrepreneurial, social, technological, economic, and political trends and the impact that these likely to occur over the next 20 years and the impact that these trends and events may have on their lives.

Dortch was born in tiny Toccoa, Georgia, 50 miles from Athens. He earned a bachelor’s degree in sociology from Fort Valley State College in 1972 and then proceeded to blaze trails across the state. Just two years after leaving FVSC, he was associate director of the Georgia Democratic Party, and eventually became the first African-American state director for a U.S. Senator (Sam Nunn). Dortch is also CEO of TWD, Inc., a transit company based in Atlanta. He received a U. S. Presidential Citation for Volunteerism, the Martin Luther King, Jr. Distinguished Service Award, the Turner Broadcasting Trumpet Leadership Award, 100 Black Men of America Man of The Decade Award, and The Congressional Black Caucus Foundation’s 2004 Distinguished Phoenix Award. He is a past FVSU National Alumni Association president and has sat on a host of boards of directors, including current roles on the boards of Clark Atlanta University and Florida Agricultural and Mechanical University. 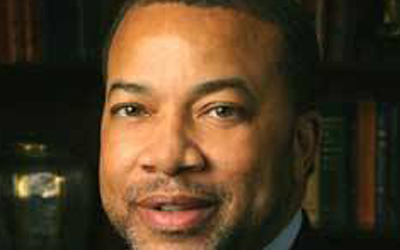